Why do I write? Why do you read? Is it to be entertained, to learn about other ways of life, to explore new ideas and worlds – to live more widely than you could in a single lifetime? Those are some of the reasons why I write. But there is one more – to illuminate the forgotten lives of women who have made significant contributions to our world.

You’ll find some of their lives depicted in my books described below.

Defiant Brides: The Untold Story of Two Revolutionary-Era Women and the Radical Men They Married

“One of the best books of 2013”, — Mindy Todd, The Point, WCAI Cape and Islands NPR Station 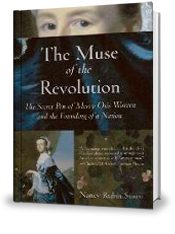 The Muse of the Revolution: The Secret Pen of Mercy Otis Warren and the Founding of a Nation

Mentored by John Adams, Mercy Otis Warren was America’s first woman playwright and female historian of the American Revolution.  This award-winning biography illuminates the life of one of America’s forgotten Founding Mothers and reveals how Warren’s provocative writing spoke for the voiceless women of the late eighteenth century. 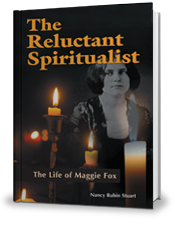 The Reluctant Spiritualist: The Life of Maggie Fox

A dramatic account of the 19th century teenage who co-founded spiritualism and dallied with a famous Arctic explorer which reads like a soap opera. Today Maggie’s impact upon spiritualism still resonates with those who practice channeling, visit mediums or ponder the possibility of life after death. 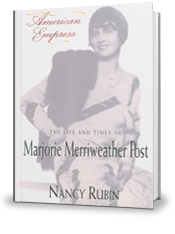 American Empress: The Life and Times of Marjorie Merriweather Post

This best-selling book traces the glittering life of one of America’s most glamorous and generous heiresses. Dubbed the Duchess of Washington, D.C. and the Queen of Palm Beach, Marjorie Merriweather Post hobnobbed with monarchs, American presidents, first ladies, senators and diplomats. American Empress traces her rise from middle-class Midwestern roots to the pinnacle of America’s high society.

Queen Isabella was one of the most fascinating monarchs in European history — a passionate lover to her husband Ferdinand of Aragon, co-conqueror of the Muslims of Spain, sponsor of Columbus on his Atlantic journey, admirer of the Italian Renaissance and initiator of he Spanish Inquisition. Like many contemporary women, Isabella was torn between her official duties, her marriage and child-rearing concerns. Was she a visionary, a saint or a she-devil?

The Mother Mirror: How A Generation of Women Is Changing Motherhood in America

Should a mother stay home with the children even though that means less family income? Take a “mommy track” job? Or focus upon career advancement while placing her children in day care and after-school programs? Should she postpone pregnancy until her late 30s or early 40’s – understanding that fertility drugs, in vitro pregnancy or surrogate motherhood may be in the offing? The answers are as challenging today as when The Mother Mirror was first published. 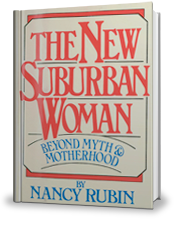 The New Suburban Woman: Beyond Myth and Motherhood

The suburbs, which relied upon cheap fuel and free womanpower, changed rapidly during the 1980s as revealed by interviews with 400 women across America. Composed as suburbs were evolving from traditional sanctuaries of home and hearth into  residential enclaves surrounded by  vibrant business centers, The New Suburban Woman captures the evolution of the traditional American dream.